Ants vs Termites or Termites vs Ants, that is the question.

There are similarities; there are differences. Let’s look at both.

Both termites and ants are small with six legs, a head, a thorax, and an abdomen. There are tiny ants; there are tiny termites; there are big species of both. Both have queens who lay eggs and kings who fertilize the eggs. Both have a worker caste who do most of the running around, hauling stuff from one place to another, and soldiers who defend the nest.

Differences Between Ants and Termites: Midsection

It is easy to tell an ant from a termite. You don’t need a microscope. All you have to do is get the bug to stand still, relatively speaking, and look at its midsection. The ants have “wasp waists.” Between the thorax and the abdomen is a narrow connection in ants, just like with wasps. The termites do not have this slender waist.  Their width continues, gradually increasing, from the thorax to the abdomen. 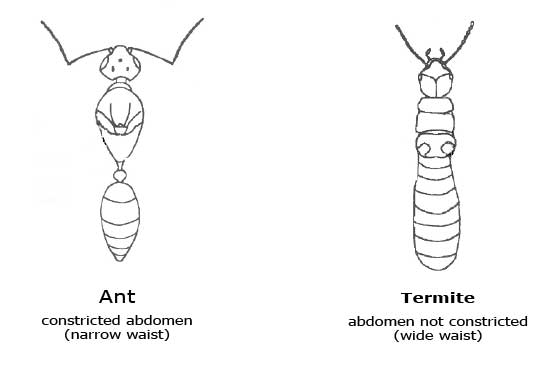 Differences Between Ants and Termites: Antennae

If you want to look closer, notice the antennae, the two “wires” that come out the head. In the termite, these antennae are straight. In ants these antennae have elbows.

Differences Between Ants and Termites: Wings

If you find ants or termites with wings, look at those wings. All four of the wings of a termite are about the same length. The two rear wings of a flying ant are shorter than the front wings.

Ants are almost always easier to find. They don’t hide nearly so much as termites. There are wood-eating ants, but they are not as well hidden as the termites. Most ants live in visible holes or nests, or they issue from cracks in the concrete. Their nests often are formed by removing earth from the holes they dig in the ground. They have darker, more hardened skins. Due to the fact that they have eyes, they have great perception of the world around them.

Termites are usually hidden. Because of this they have soft bodies of pale colors. They often enter a wooden home and seal the entrance. Or, they will live in the soil and form tunnels to get to and from the wood which is their feeding ground. Worker termites are blind (they have no eyes) and find their way by following the passage ways, by following pheromone trails, or with their antennae.

Ants feed on almost anything. Have you seen ants crowding around a dropped ice cream cone at the park? Ants like ice cream. They like all kinds of sweet stuff. Some ants eat leaves and vegetables. Some eat other bugs. Some eat termites. What do the termites eat? Just wood. 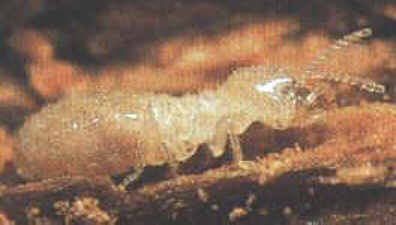 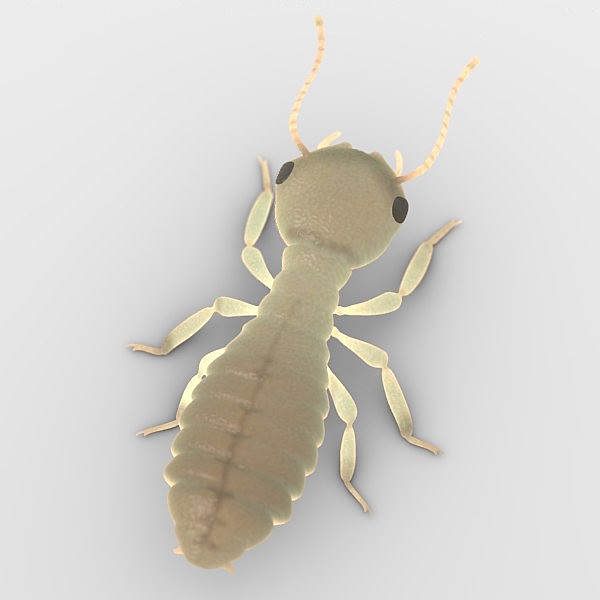